We believe in the necessity of new cartographies: instead of monocultural and over-fertilized farming zones cataloged by economic profit and advantage, we are looking for the fallow areas, the repressed, the desolation. Like the landscapes of former industrial zones, suburbs and the edges of centers – but the countryside is an edge itself. Hard as a stone, greedy as the rabid fox, magically an ever-changing image.
Threatened and confronted with migration and depopulation, as well as of culture-derailing demolitions like popular hit parties in the club house XY. Ignored from the center as intellectually unproductive and backward. In the meantime already overwritten and sold out by (advertising)images and language. These tamed areas need a discursive and artistic cleansing. To the touristic and societal compulsion to exploit all resources - landscape, weather, people – we must oppose alternative models. Gift and exchange economies, employment instead of work, basic income, permaculture, recycling. The dunghill becomes the symbol of a breeding ground for new growth.


Thomas Herzig is an inventor, author, architect and free thinker. In addition to his designs in the field of pneumatic architecture, he creates interior designs for various European producers. He has realized designs for the Life Ball in Vienna in 2008 or the entrance roof of the Fluxus50 exhibition in Wiesbaden in 2012, and also regularly builds expansions, additions and conversions of architecture for private clients.
pneumocell.com

ON THE RUN / Krach & Halbnarr


Krach & Halbnarr shovel low-associative sound masses to uncartographed noise fields. Hanging on their controllers, they’re escaping from the omnipresent exploitation society to barren ravines. Just in time before the threatening rumbling debris - or is it just a reverberant rain shower? Krach & Halbnarr are Vinzenz Schwab and Andreas Stoiber.

Vinzenz Schwab creates sounds within a lost time. To do this he samples sounds which he often tracks up in the field. Sprained, shifted, broken, scratched and glued again - he creates sound carpets that will free our auditory passages from the deposited and dusty hits of the mainstream transmitters. Schwab sometimes works with buddies, most recently with N.U. Unruh and FM Einheit of the Einstürzende Neubauten at the REAL DEAL Festival 2016 in Vienna.

When Andreas Stoiber does not make noisy participatory performances in a cardboard box coated with aluminum as "noise of the robots", he gives lectures about his radioplay audiocassette collection or workshops on the topic of no-input mixers. In addition, the Wahlberliner likes to play disco-funk and owns a fast-growing modular system with which he grates and bubbles. Previous performances: Elevate Graz, Reheat Festival, Velak Export, Museum of Modern Art Passau, Summer Workshop for Experimental Music Munich, Bent! Festival New York and Los Angeles
Andreas Stoiber on Soundcloud


Ursula Winterauer and Benjamin Tomasi are producing for WASTE – DESERT – FALLOW LAND a concert and screening which deals with an old, decaying ex-Soviet restaurant in the outskirts of Yerevan, Armenia. This restaurant, formerly built for party officials and the elite of Armenia, backdrop for various films, is now a ruin. A ruin, enthroned on a hill from which one can look over Yerevan. The area was bought by a businessman. This area, together with its wonderful view and the potential of a public place, is intended to give way to a shopping and entertainment industry. The hill is successively removed, flattened, and incorporated into an already existing conglomerate of purpose architectures.


In addition to her work as a film restaurateur Kathrin Schreier processes natural materials with techniques such as eco-printing and felting. In this work the awareness of processes by means of time, both in nature and in culture, is always present. She is engaging with the search for a new, digital materiality and the desire of the human being to preserve nature through binding. Kathrin Schreier will produce new eco-prints with found materials at the Hotel Amazonas.

In the course of her PhD studies at the Filmuniversität Potsdam, Kathrin Schreier worked in the national archives of Kenya, Namibia and South Africa. She also studied at the Kunsthochschule Braunschweig and the Høgskulen i Volda, Norway and is a co-organizer of the Fever Creek Festival in Berlin. 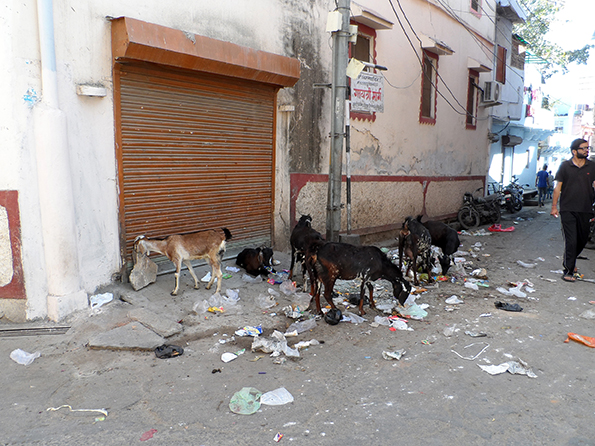 For HOTEL AMAZONAS - WASTELAND Julia Frank will create a photo work at the Aspmayr-Hof in Unterwangen, Ritten. The goal is to extract a product from the series "The body is our general medium for having a world, 2015", to form it and to photograph it in direct contrast with the immaculateness of the farm and its environment. The resultant image narrative will be the content of an outdoor advertising space, which is intended to visually point the viewer to the fragility of the environment and our responsibility towards it.

A reflection on sculptural creation, gender and legacy that has emerged over a significant period of time. Hanspeter Mayr's work is strictly sustained through the material combination wood/iron within the tension field of time and change/transience.


DJ Agathe Bauer oscillates unconcerned between chanson and disco, slow numbers for tight dancing and trash, Popperle and guitar noise - with dancing as the top goal. 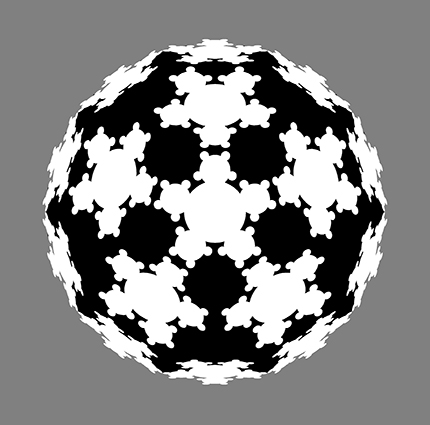 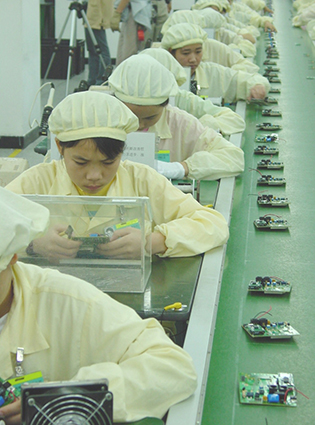 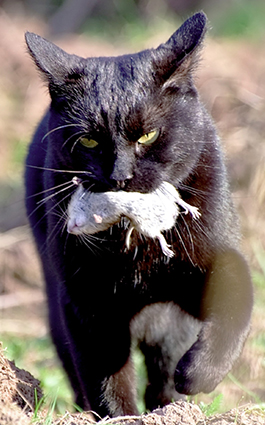 Thomas Herzig has been dealing with gift economy already for some time. Therefore he will present at Hotel Amazonas his latest work and will explain to us capital-oriented South Tyroleans a new, future-oriented access to property, work and merit.

THE UNCONDITIONAL BASIC INCOME FOR ALL / Sepp Kusstatscher 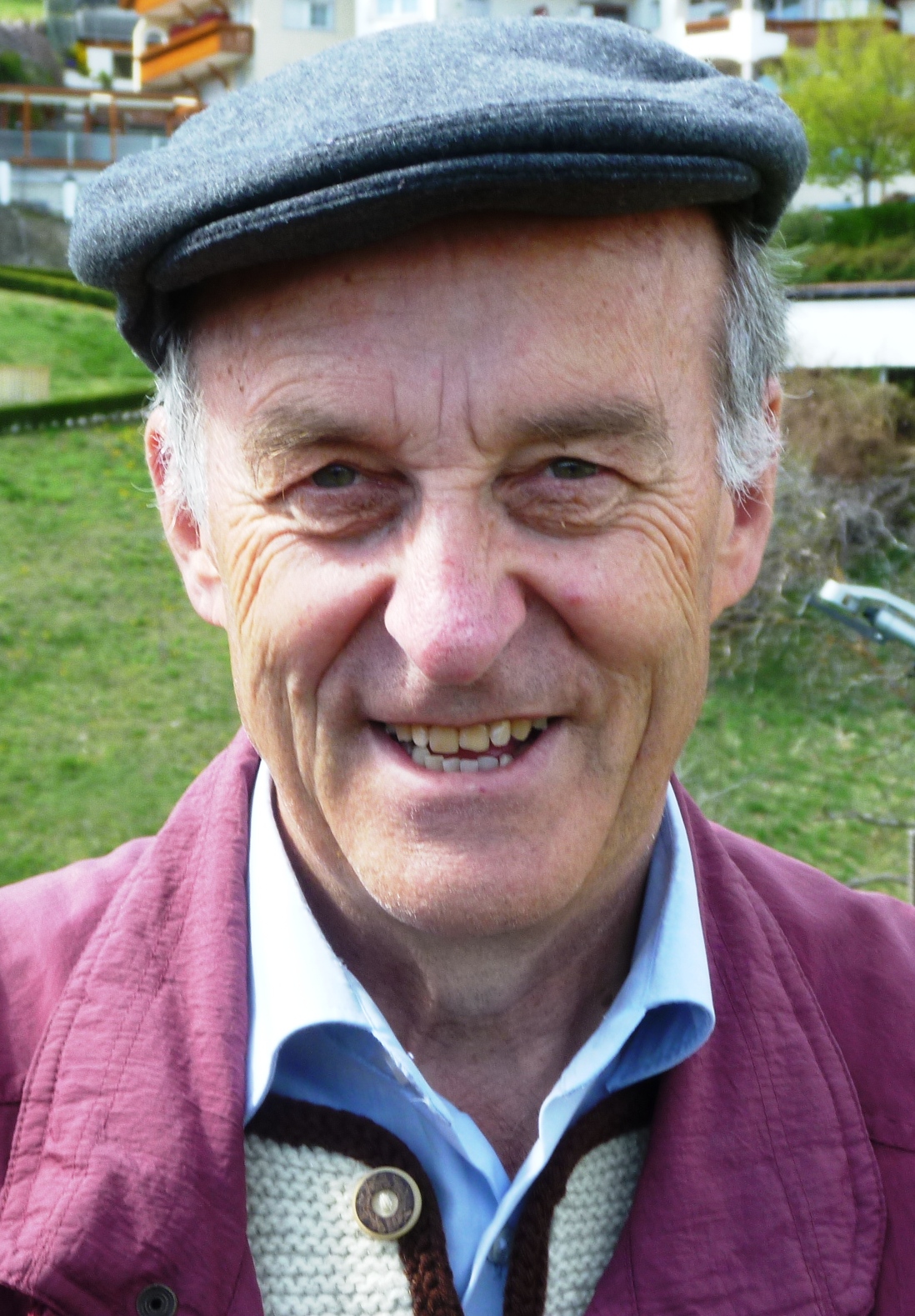 „Social contributions“ are a support of the state for the ones most in need, while the „basic income“ is conceived as contribution of the state for all his citizens, and in fact as a contribution of an adequate amount, in order that everyone can live and work in dignity. During his lecture Sepp Kusstatscher will elaborate how this – at first glance - crazy idea came into being, whether a basic income for everyone can be financed and how society could be transformed through it.
More informations: grundeinkommen.de 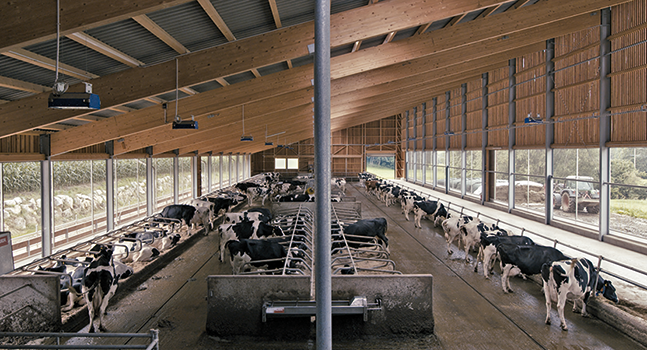 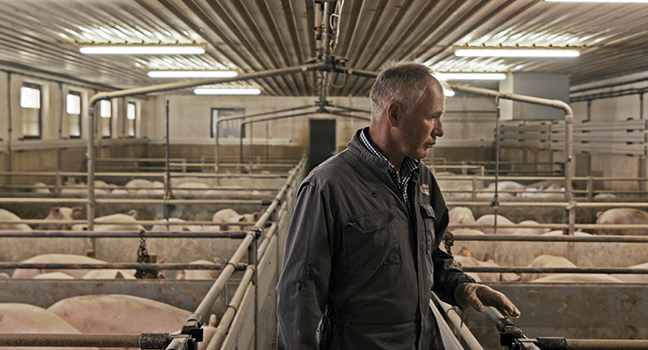 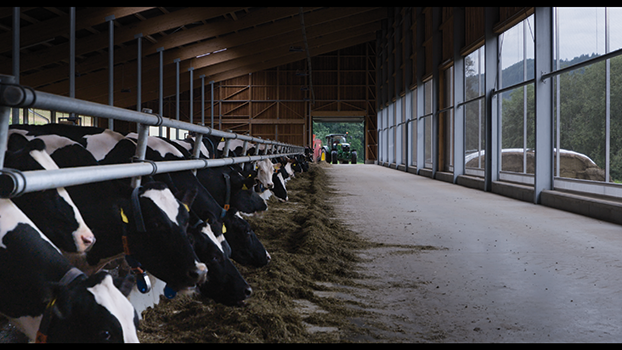 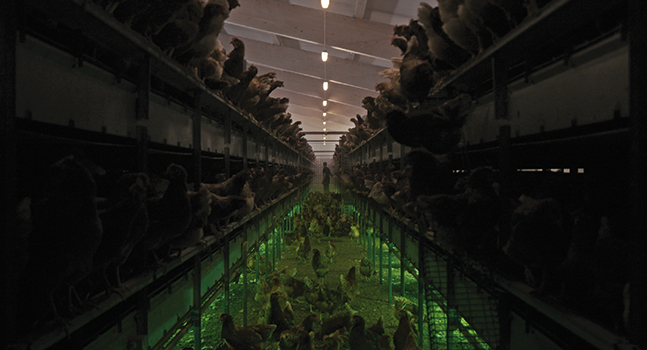 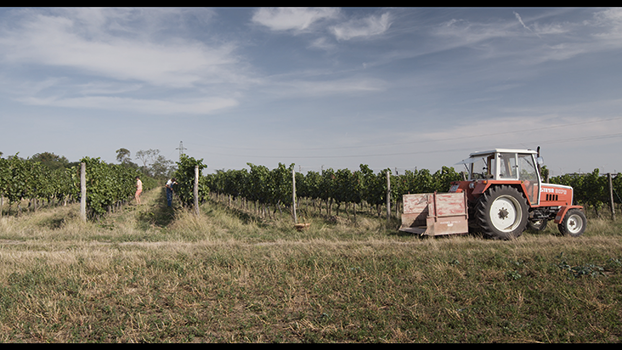 "Bauer Unser" shows what happens on farms, equally unvarnished and quiet. Director Robert Schabus remains in his documentary impartial on the surface. But as different the farmers are, from the organic farmers to the conventional agricultural engineer, the tenor is unanimous: it cannot and will not go on like this. The mantra of the industry - faster, cheaper, more – is put into question by most of them. "Bauer Unser" is a worthwhile and exciting film, showing how economic policy and society are increasingly capitulating in front of the industry. Far from rosy pictures of a rural idyll, there can be still found moments of hope.
Start: 7.45pm

The sun expends by excessively wasting its energy. The stones consume themselves by offering their surfaces to heat up. The wind rubs firmly over them and pulls furrows through the tall grass. The high notes of the crickets sink into our souls at night.
Action is exertion, and a basic principle of human life, according to Bataille. To the shrinking of rural areas we answer with the shovels, forks and rakes of art. It builds us supports on which we can build the new, fragile, but present. Where there are many things in abundance (space, air, elements), but a few missing (proximity, confrontation, cultural discourse, admission of the paradox), the creative sensitivity leads to unusual paths, and the generosity of artists can break crusts. Social interactions and artistic interventions release fresh energy - according to this year's motto: Let us waste! 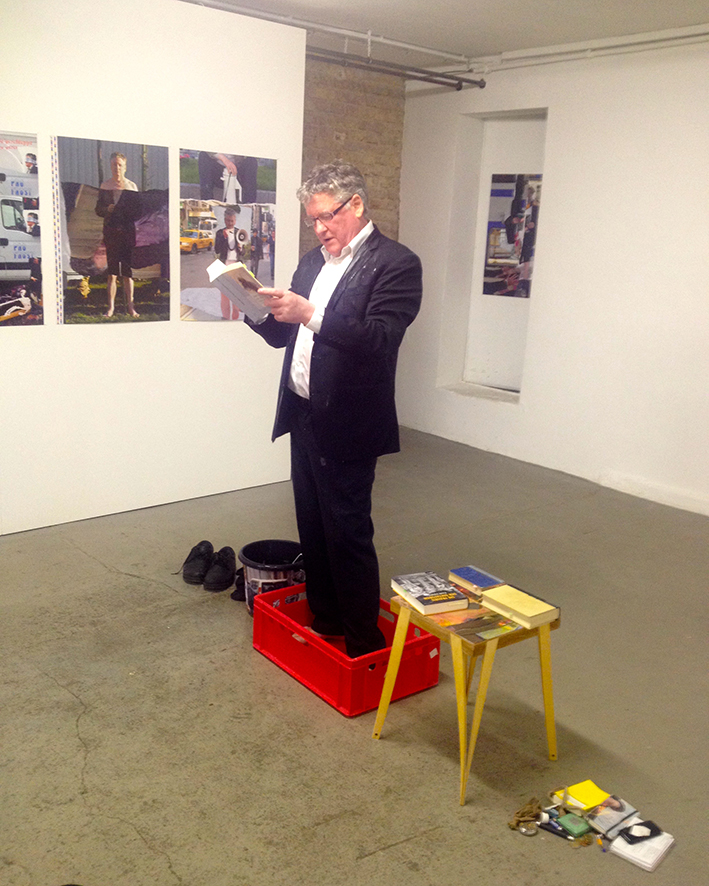 Darling, I've shrunk again at least 100 Korans
Starting from Jonathan Swift's report of the battle between the old and modern books, at least five books appear against each other during the performance: Koran VERSUS Robert Musil, The man without qualities VERSUS Diane Dukret, The women of the dictators VERSUS Adolf Hitler, Mein Kampf. In addition, a small plastic tub, a water bucket and a ladle are involved in the performance.
Duration: approx. 15 minutes

Prost Mahlzeit
Literally up to the expenditure, Julius Deutschbauer drinks through readings like James Joyce, Ulysses; Jonathan Swift, A modest proposal to prevent that children of the poor become a burden to their parents or the country, and Ror Wolf, Tranchier's last thoughts on the increase of pleasure and terror.
Duration: approx. 20 minutes

Julius Deutschbauer, born 1961 in Klagenfurt (Carinthia, A), lives as a performer, visual artist and poster artist, filmmaker and author without fixed residence.
julius.deutschbauer.com 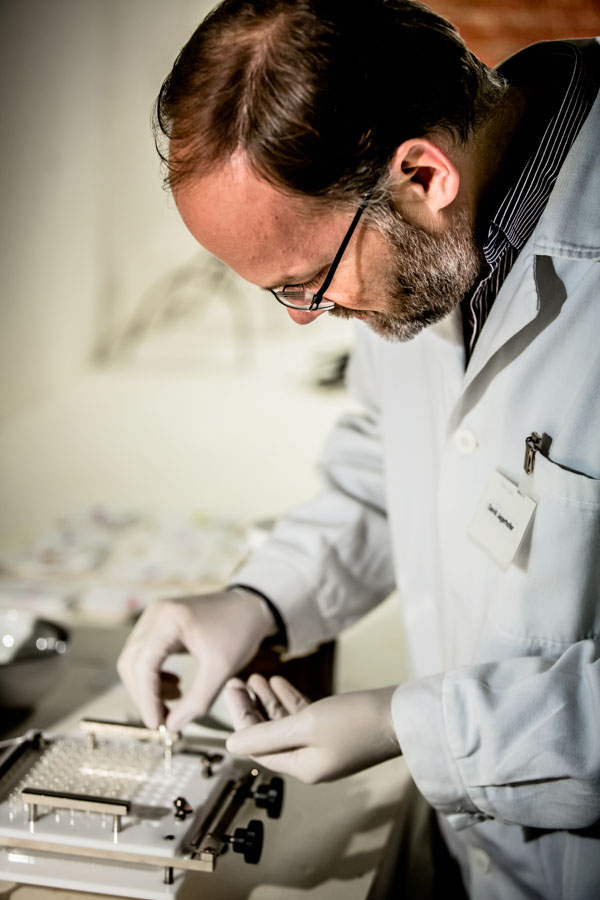 The conscience of the waster through a study of economics is that of expenditure. The crux is that, despite all optimization, efficiency and rationalization, the feeling of expenditure does not disappear, on the contrary, the limit of excess is only tighter. There comes the ominous pill roller just right or bad: he weighs, rubs and mixes, shakes, measures and stirs, stuffs, encapsulates and twists, never takes the dose, gives each a pill, pills and a half pill in order that the bills, which never come out even, finally are right.

David Jagerhofer (born 1966 in Klagenfurt), lives and works in Vienna. Various projects and performances from brut wien to Kampnagel Hamburg to Donaufestival Krems with God's Entertainment / Supernase & Co and the Theater of Prevention (Julius Deutschbauer). Participation as actor, cameraman and editor in various films. 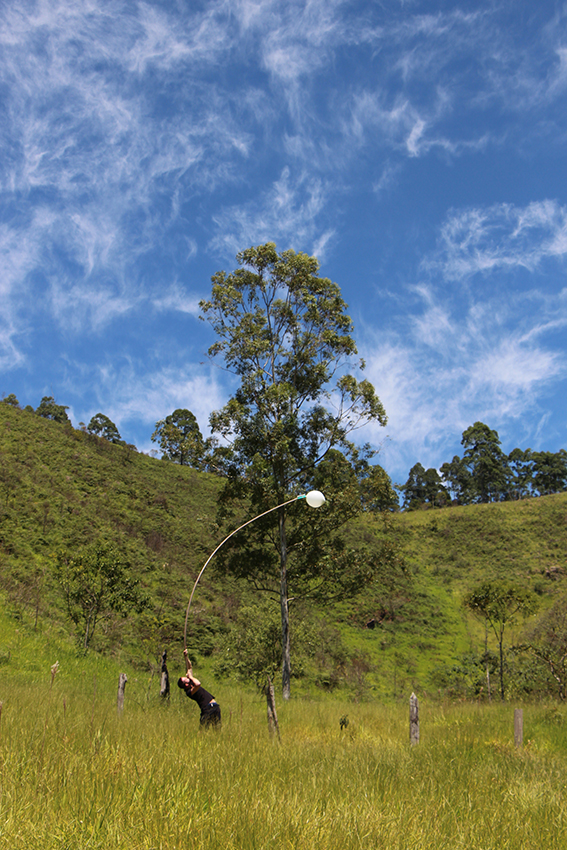 Andreas Trobollowitsch is a Vienna-based composer, performer and sound- and installation artist. He works extensively in the fields of electroacoustic composition and improvisation, and has composed for dance, theatre, film and radio. Based on rotation, vibration and feedback systems he uses mainly modified everyday objects, prepared fans and string instruments. Recently he has been focusing primarily on conceptual compositions, self-developed musical instruments and sound and drawing installations. Interested in the dichotomy of the intellectual and the physical, he includes visual aspects, spatiality, movement, and the way that they relate to sound.


Muriel Senoners contribution for EXERTION is an attempt to approach Bataille's thesis of the unrestrained, unproductive expenditure/waste/generosity, away from the profane everyday life. Among other things, questions about present, paradoxical forms of spending and their relation to Batailles claims arise. Could inhere in humanity's self-destructive urge a lack of unproductive expenditure? (Or is it a natural continuation of the success of the greatest waste described by B., the crucifixion?)

Muriel Senoner studied sculpture in Berlin and Milan, and lives and works in Bolzano. She understands her work as a vehicle with which she fathoms systems of thought and modes of function of society.

RESIDENCY / Marianne Vlaschits
Marianne Vlaschits: Pigs lead a complex, social life, recognize their own mirror reflection, sing their lullabies to their piglets, and have their own personalities. Nevertheless, we encounter the pig rather on the plate than as a pampered pet, which would be quite appropriate in view of its intelligence. Pigs are my favorite animals and I have created a large archive of pigs, but I have not yet been able to work with living animals. At Hotel Amazonas, I would like to spend a lot of time with the pigs at the farm, watching, sketching and painting them. Based on alpine altars, I would like to paint and draw a pig's heaven with lots of pig putti and present it in the form of a large-scale installation.

Marianne Vlaschits (born 1983 in Vienna, lives and works there), studied at the Academy of Fine Arts Vienna from 2005-2010 and at the Slade School of Arts. Her work has been shown in institutions such as the KW Center for Contemporary Art in Berlin, the Kunsthalle Wien, the Salzburg Kunstverein and the Watermill Center in New York, as well as numerous solo exhibitions in galleries such as DUVE (Berlin) or alternative art spaces such as STYX Projects (London), Kevin Space (Vienna), Global Talks (Stockholm) and Nile Sunset Annex (Cairo).
mariannevlaschits.com